This collection of articles by authors from Western Europe, the U.S., and Israel analyzes East-West trade during the Cold War period from the 1950’s to the 1980’s, an important historical example of economic warfare. It is part of the Studies in Humanities of the University of Jyvaskyla in Finland, one of the neutral states most actively engaged in trade with the USSR during that time. Building on the seminal work of Gunnar Adler-Karlsson (Western Economic Warfare, 1947-1967), more recent literature has shown how Britain and France were able to moderate the American-led COCOM (Coordinating Committee on Multilateral Export Controls) sanctions. In this work the main point of interest is to see how private corporations and “weak” states — principally Switzerland and Scandinavia — dealt with those restrictions. While an exact measurement of the effectiveness of Western economic warfare seems beyond our reach, it does seem clear that trade was disrupted and distorted and may have contributed to the mutual hostility of that period.

Following an introduction, in which Alan Dobson labors to point out the semantic distinctions proposed in the political science literature on economic warfare — unhappily, he omits Peter Wiles lively Communist International Economics — there are seven different contributions. Jacqueline McGlade, a “founding member” of the East-West Working Group, shows how America’s European allies and many business leaders chafed at the COCOM restrictions by the mid-1950’s, but she misunderstands the basics of the post-war economy when she asserts that “as a result” of technical embargoes and military considerations, “the American share in world exports in manufactured goods” declined from 1945 to 1977 (p. 47). Might European and Japanese recovery and the overvalued American dollar have had something to do with this? McGlade’s almost complete lack of objective evidence of the real or perceived effect of the embargoes on the U.S. allows her to express her distaste for these anti-Communist measures and exaggerate their negative impact. After all, during most of the twentieth century Russia had been a poor market for the U.S. and offered counter-trade, instead of hard currency, making the Communists troublesome business partners. This practice, part of trade aversion in the Soviet bloc, meant that East-West trade within Europe never reached its pre-war significance, though COCOM restrictions may have contributed to that, too.

Uri Noi’s short contribution relies extensively on newly opened archives in the UK and, to a lesser extent, in Russia. Soviet diplomats repeatedly and unsuccessfully tried to persuade Her Majesty’s government to relax their trade restrictions on machine tools, tin, and rubber. Despite what Noi questionably calls Britain’s “dependence” on trade with Eastern Europe (p. 74) and specifically on Russian coarse grains and timber, Churchill’s government refused, suspicious of Soviet intentions to expand their “industrial potential.” Was the Conservative government’s appreciation of the value of American military protection, so recently exhibited, of any influence? Britain’s industrial exports were in need of help, but just how much long-term demand would Soviet Russia afford?

Lucia Coppolaro of the European University in Florence describes the curious, but ultimately unimportant, approach in 1957-59 by W?adyslaw Gomulka’s Polish government to join the GATT. As was understood, a centrally planned economy could not meaningfully promise to cut its formal tariffs and adopt non-discriminatory trade. Even so, the Western desire to encourage East European independence from Moscow eventually motivated acceptance of the Poles (and Hungarians and Romanians) on a special, “symbolic” basis. However, the refusal of the EEC to ease their quantitative restrictions on Poland’s key agricultural exports and Poland’s obligations to the CMEA meant that trade with the West was probably unaffected (p. 90).

Niklas Jensen-Eriksen, an economic historian at the University of Helsinki, uses extensive documents to show that UK aid to Finland was substantially blocked by Britain’s economic ministries, despite the Foreign Office’s desires to help this Soviet neighbor. Not only was Britain too weak in 1950-62 to make loans, but also there was no desire to encourage Finnish shipbuilding and engineering competition.

Klaus Ammann’s interesting study of Swiss trade with Eastern Europe shows how the powerful Swiss business elite pursued commercial connections under the cover of neutrality, just as they had done with Hitler’s regime. Trade with East Europe was not very important, relative to its more dynamic partners in Western Europe, but at least the Swiss had an export trade surplus with its Communist partners. Nonetheless, in the Hotz-Linder agreement of 1951, Switzerland acceded to American pressures over the COCOM list, lest its exports to the U.S. be blacklisted. A similar story is told by Niklas Stenl?s and Mikael Nilsson in their chapter on Sweden, which required British and American military technology as part of its close cooperation with NATO.

Finland’s position on the border of the USSR obviously influenced the policy of President Urho Kekkonen (1956-81) to preserve Soviet bilateral trade even in 1960-61, while his neutral country was entering EFTA, and a decade later in its commercial agreements with the European Community. In Finland’s case, as in Austria’s, the U.S. was more tolerant of their trade with the East than it had been with Sweden or Switzerland, as shown in a fine article by Tapani Paavonen from the University of Turku.

At the end of the volume the editors have inserted a long essay of their own dealing with Converta, the paper and packaging export cartel, which did a lot of business in the East after 1945. Following the armistice of 1944, Finland was obliged to pay reparations of 300 million gold dollars to the USSR, mostly in ships and other metal products. But exports of manufactured paper products also grew well beyond the levels of the interwar period. (Regrettably, the amounts are given in FIM without a conversion to dollars or British pounds and shown in arithmetic, rather than semilog, graphs.) Trade was conducted bilaterally pursuant to Soviet five-year plans with the Bank of Finland arranging the clearing payments to Finnish exports. A regression shows that during 1955-91, exports to Soviet Russia increased when demand in the West was falling. Such a buffering market was advantageous to Finnish producers, who had considerable fixed investments. What is more, the Soviet Union supplied approximately 74 percent of Finnish petroleum at long-term contractual prices, so Finland enjoyed the same implicit trade subsidy that the East Europeans did from 1974 to about 1985, when world market prices exceeded those negotiated with the USSR. Unfortunately the Finnish authors seem unaware of this parallelism and do not attempt to calculate the value of the implicit subsidy.

Despite a long excursus on American institutional literature, Eloranta and Ojala discover very little about the negotiations among the Finnish members of the cartel nor much about how information on the ultimate Soviet customer was obtained and shared. By the 1980s, the cartel had broken up, with individual firms able to conduct their trade themselves. Finnpap, the forest products cartel, had already dissolved by the 1970’s. Soon after the unexpected breakup of the USSR, Converta was officially terminated.

With respect to Finnish trade and economic sanctions, the main topic of this volume, it is to be regretted that Soviet-area archives were not more fully employed to understand the Kremlin’s intentions and evaluation of Western economies and alliances. This might have influenced the book’s contributors’ generally benign retrospective on Soviet Russia and often impatient attitude towards American containment policy. As Alan Milward points out in his short conclusion, when the Reagan Administration raised the stakes with its technological dubious “star wars” initiative, the Soviets could not stay in the game and were under pressure to propitiate the West. Economic warfare, a substitute for armed violence, had worked! Had the West continued its careful, low-risk program of embargoes, divisive as that became with America’s recovered allies, the future of Soviet communism might have turned on other historical events.

Besides its interesting accounts of little known topics, the book has a useful bibliography and index and is well produced with only negligible typos or awkwardness in the English text.

A specialist on the former Soviet Union and Eastern Europe, Martin Spechler is professor of economics at Indiana University-Purdue University Indianapolis, Indiana, and the author of several articles on Central Asia. He is now at work writing a book on the political economy of modern Uzbekistan and is also Book Review Editor of Comparative Economic Studies. 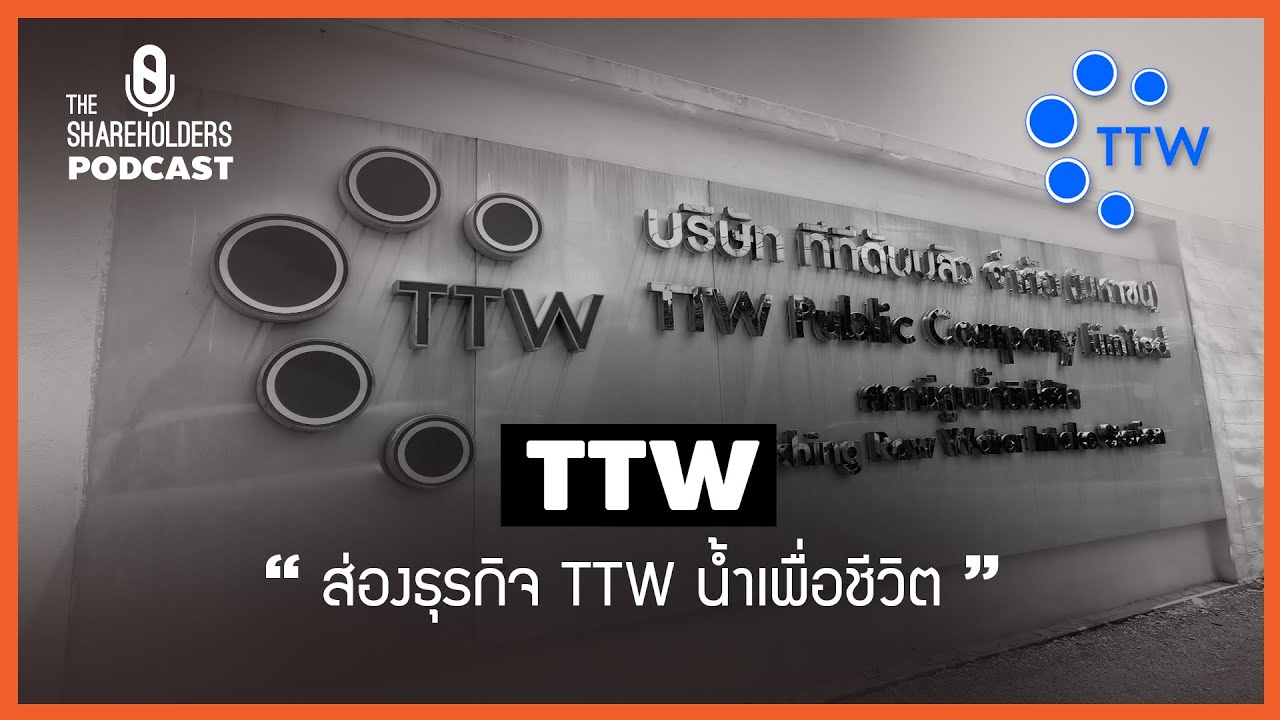 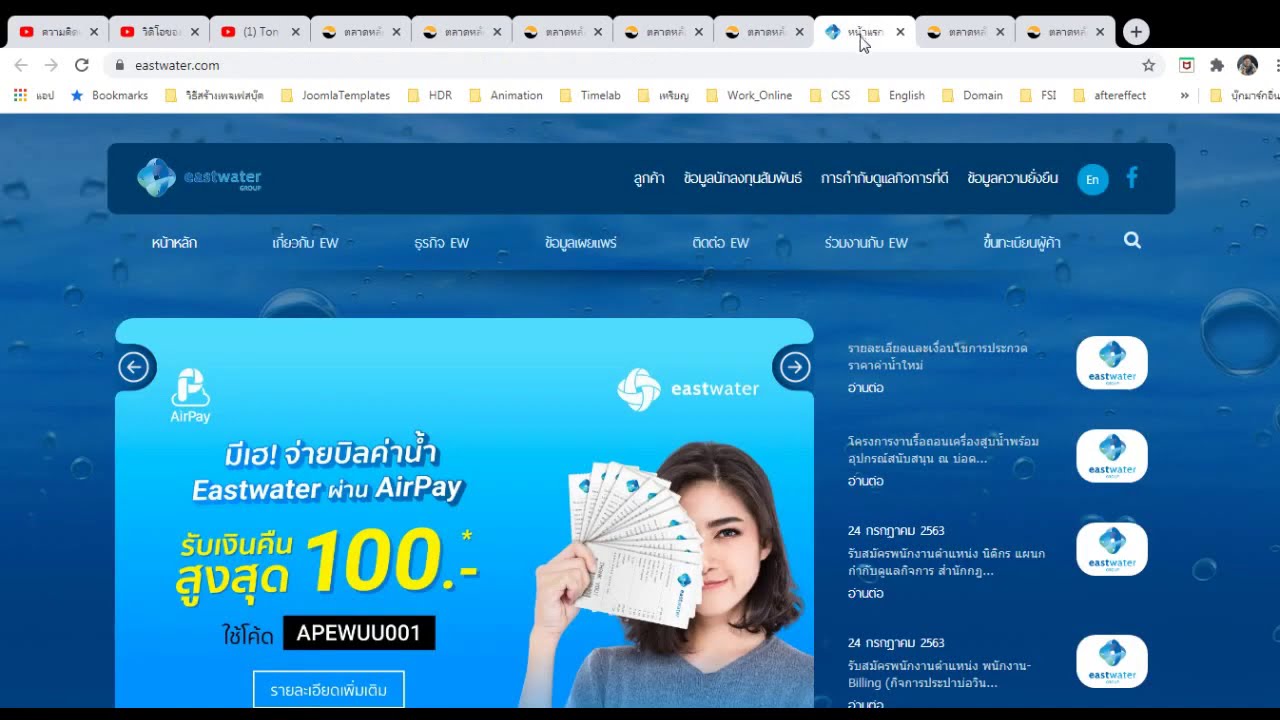 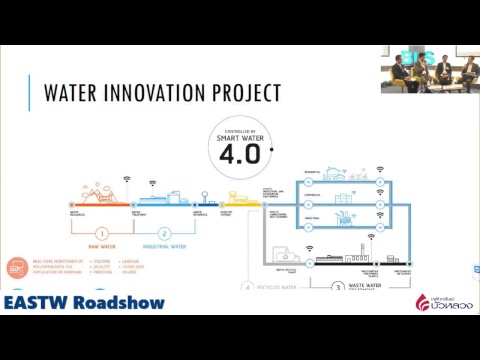 EASTW : EASTERN WATER RESOURCES DEVELOPMENT AND MANAGEMENT PCL. 1 presented the company performance and financial highlight on Q2/2013 on the \”Opportunity Day\” at The Stock Exchange of Thailand (SET, http://www.set.or.th/oppday ). 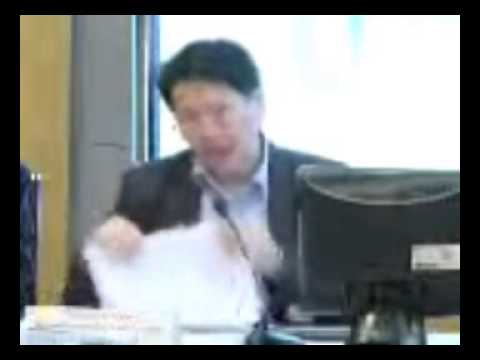 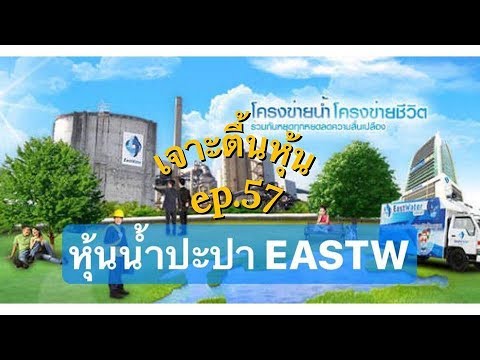